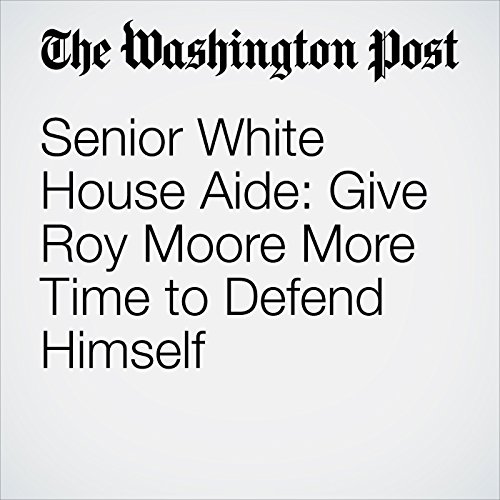 A senior aide to President Trump said Sunday that Alabama Senate candidate Roy Moore needs to be given time to defend himself against allegations that he pursued sexual or romantic relationships with teenage girls when he was in his 30s and that Trump would look more closely at the issue after returning from a trip to Asia.

"Senior White House Aide: Give Roy Moore More Time to Defend Himself" is from the November 12, 2017 Politics section of The Washington Post. It was written by John Wagner and Dino Grandoni and narrated by Sam Scholl.