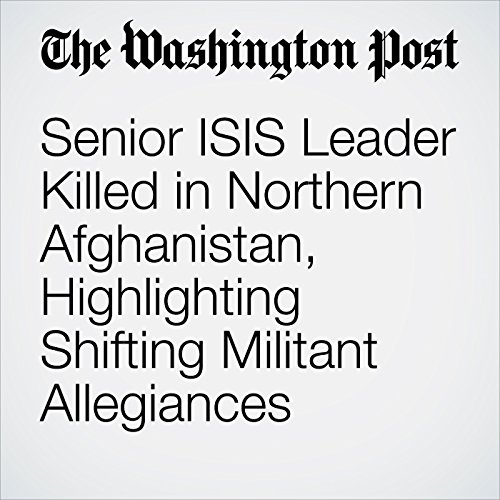 KABUL — The U.S. military said Monday that it has killed the senior leader of an Islamic State enclave in northern Afghanistan, highlighting an evolving fight that expanded more than a year ago after the militant left the Taliban in a dispute.

"Senior ISIS Leader Killed in Northern Afghanistan, Highlighting Shifting Militant Allegiances" is from the April 09, 2018 World section of The Washington Post. It was written by Dan Lamothe and narrated by Sam Scholl.