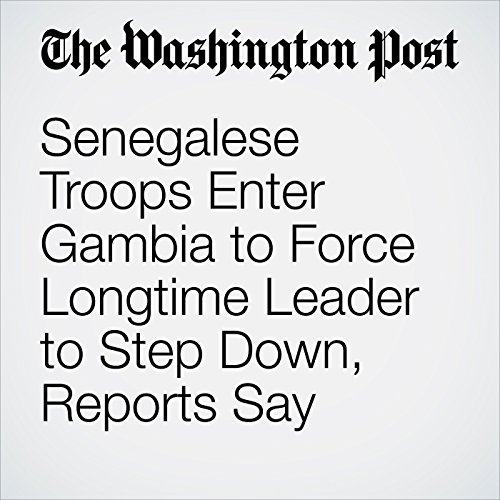 Senegal announced that its troops entered Gambia on Thursday in a bid to force the West African country’s longtime ruler to step down following an election loss, hours after the successor chosen by voters last month took the oath of office from exile in the Senegalese capital.

"Senegalese Troops Enter Gambia to Force Longtime Leader to Step Down, Reports Say" is from the January 19, 2017 World section of The Washington Post. It was written by Kevin Sieff and narrated by Sam Scholl.