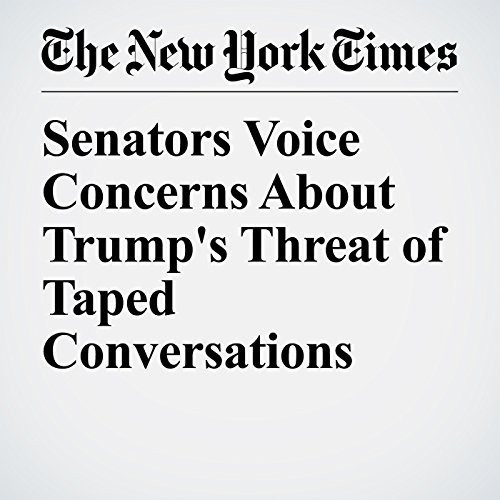 President Donald Trump’s abrupt dismissal last week of the FBI director, James B. Comey, and his subsequent allusion to taped conversations with Comey continued to roil Washington on Sunday.

"Senators Voice Concerns About Trump's Threat of Taped Conversations" is from the May 14, 2017 U.S. section of The New York Times. It was written by Jonah Engel Bromwich and Niraj Chokshi and narrated by Kristi Burns.