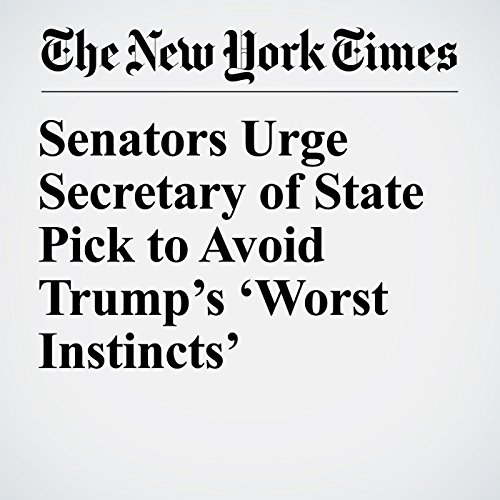 Senators on Thursday implored Mike Pompeo, the CIA director nominated to be secretary of state, to stabilize the Trump administration’s erratic diplomacy by standing up to Russia and other adversaries and reinstalling U.S. influence among allies.

"Senators Urge Secretary of State Pick to Avoid Trump’s ‘Worst Instincts’" is from the April 12, 2018 U.S. section of The New York Times. It was written by Gardiner Harris and Eileen Sullivan and narrated by Keith Sellon-Wright.