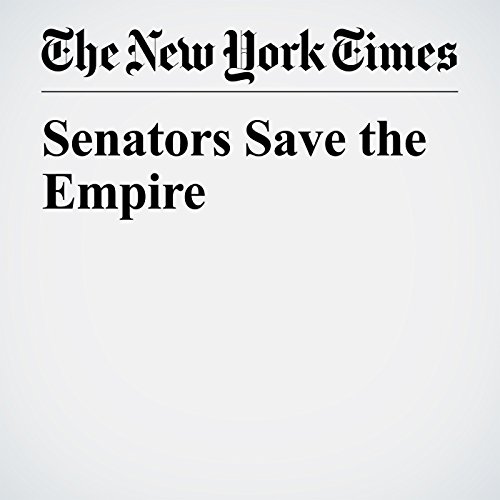 The Senate may well be our rampart, as it is an institution that recognizes the severe threat Trump poses. It could be the Senate that saves America from this tyrant and his throngs of cheering supporters who have set this whole nightmare in motion.

"Senators Save the Empire" is from the May 03, 2017 Opinion section of The New York Times. It was written by Charles M. Blow and narrated by Fleet Cooper.