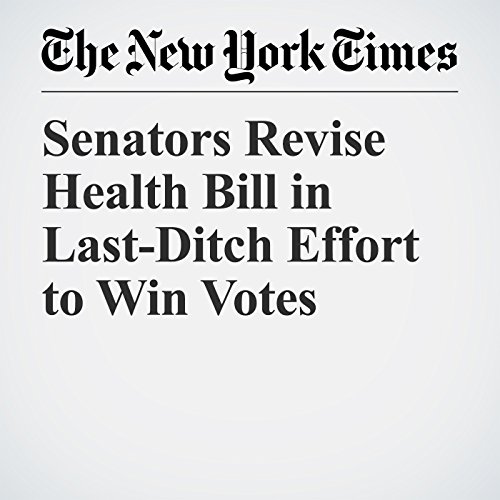 With time running short, the authors of the latest plan to repeal and replace the Affordable Care Act shifted money in the bill to Alaska and Maine, which are represented by Republican senators who appear reluctant to support it.

"Senators Revise Health Bill in Last-Ditch Effort to Win Votes" is from the September 25, 2017 U.S. section of The New York Times. It was written by Thomas Kaplan and narrated by Barbara Benjamin-Creel.