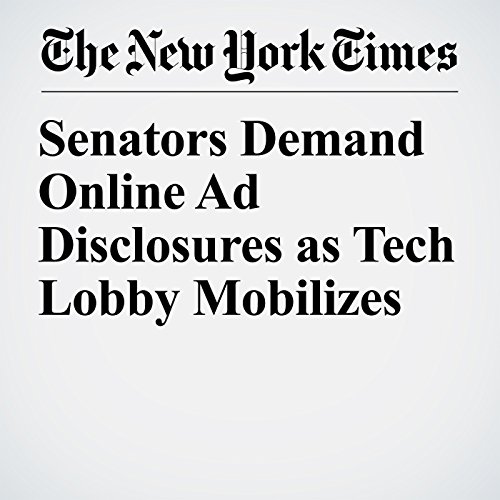 Sen. John McCain and two Democratic senators will move on Thursday to force Facebook, Google and other internet companies to disclose who is purchasing online political advertising, after revelations that Russian-linked operatives bought deceptive ads in the runup to the 2016 election with no disclosure required.

"Senators Demand Online Ad Disclosures as Tech Lobby Mobilizes" is from the October 19, 2017 U.S. section of The New York Times. It was written by Kenneth P. Vogel and Cecilia Kang and narrated by Keith Sellon-Wright.