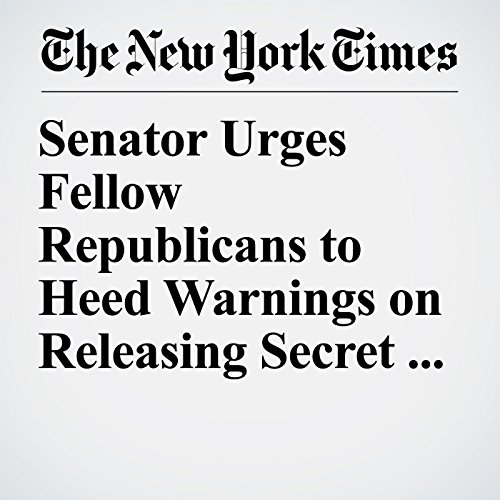 Sen. John Thune of South Dakota, the No. 3 Senate Republican, urged House Republicans on Thursday to slow their push to release a secret staff-written memo said to accuse the FBI and Justice Department of abusing their authorities to obtain a warrant to spy on a former Trump campaign associate.

"Senator Urges Fellow Republicans to Heed Warnings on Releasing Secret Memo" is from the February 01, 2018 U.S. section of The New York Times. It was written by Nicholas Fandos and Adam Goldman and narrated by Keith Sellon-Wright.