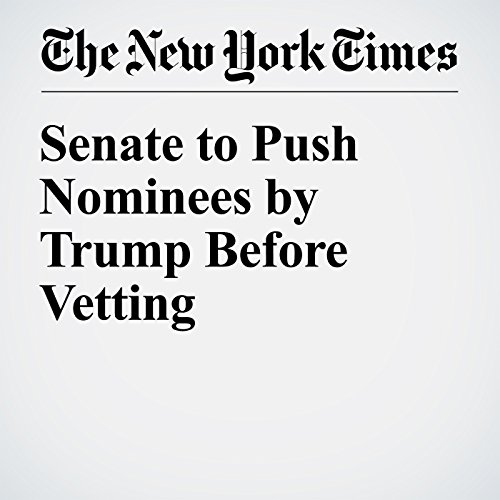 Republicans, who are expected to hold up to five hearings on Wednesday alone, say they simply want to ensure the new president has a team in place as soon as possible. “I believe all the president-elect’s Cabinet appointments will be confirmed,” Sen. Mitch McConnell of Kentucky, the majority leader, said.

"Senate to Push Nominees by Trump Before Vetting" is from the January 07, 2017 U.S. section of The New York Times. It was written by Jennifer Steinhauer and Eric Lichtblau and narrated by Fleet Cooper.