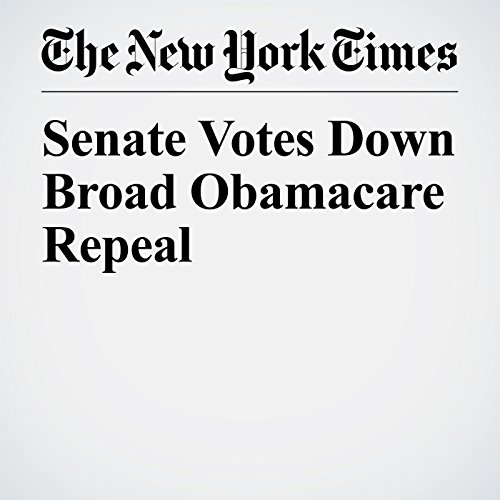 The Senate voted narrowly Tuesday to begin debate on a bill to repeal major provisions of the Affordable Care Act, but hours later, Republican leaders suffered a setback when their most comprehensive plan to replace former President Barack Obama’s health law fell far short of the votes it needed.

"Senate Votes Down Broad Obamacare Repeal" is from the July 25, 2017 U.S. section of The New York Times. It was written by Thomas Kaplan and Robert Pear and narrated by Kristi Burns.