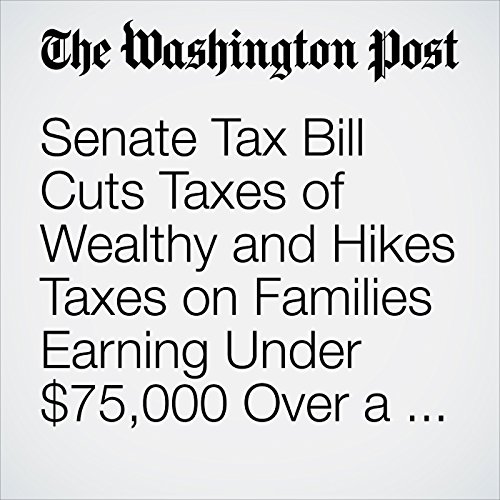 The tax bill Senate Republicans are championing would give large tax cuts to millionaires while raising taxes on American families earning $10,000 to $75,000 over the next decade, according to an analysis released Thursday by the Joint Committee on Taxation, Congress' official nonpartisan analysts.

"Senate Tax Bill Cuts Taxes of Wealthy and Hikes Taxes on Families Earning Under $75,000 Over a Decade" is from the November 16, 2017 National section of The Washington Post. It was written by Heather Long and narrated by Sam Scholl.