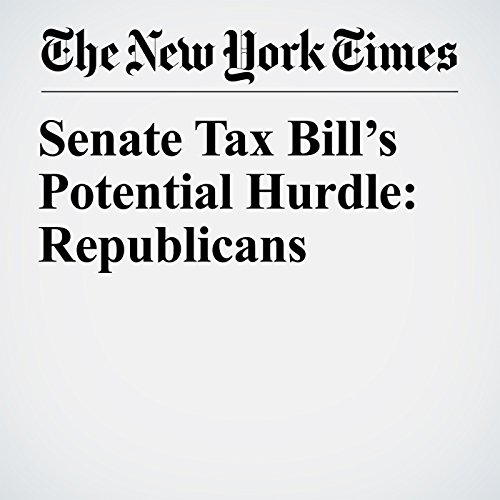 Senate Republicans will speed their tax plan toward a possible floor vote this week, and liberal activists will ramp up their efforts to block the bill, in what promises to be a frenzied stretch of an already breakneck attempt to complete a tax overhaul by Christmas.

"Senate Tax Bill’s Potential Hurdle: Republicans" is from the November 27, 2017 U.S. section of The New York Times. It was written by Jim Tankersley and narrated by Keith Sellon-Wright.