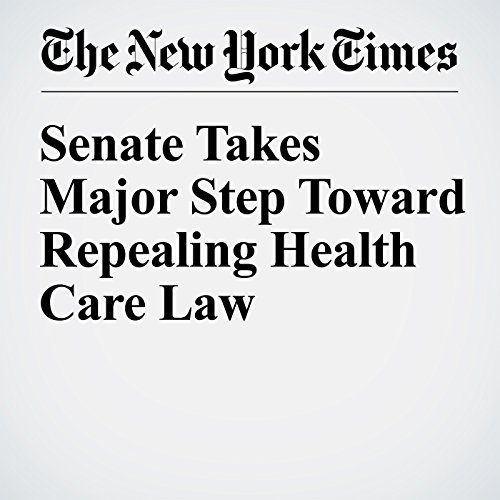 Senate Republicans on Thursday took their first major step toward repealing the Affordable Care Act, approving a budget blueprint that would allow them to gut the health care law without the threat of a Democratic filibuster.

"Senate Takes Major Step Toward Repealing Health Care Law" is from the January 12, 2017 U.S. section of The New York Times. It was written by Thomas Kaplan and Robert Pear and narrated by Caroline Miller.