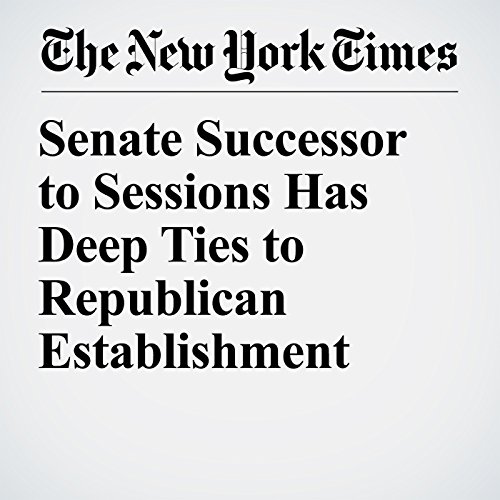 Senate Successor to Sessions Has Deep Ties to Republican Establishment

Sessions, who was sworn in as attorney general Thursday, was succeeded on the same day in the Senate by the attorney general of Alabama, Luther Strange, a former Washington lobbyist and onetime partner at a white-shoe Birmingham law firm with deep ties to the establishment wing of the Republican Party.

"Senate Successor to Sessions Has Deep Ties to Republican Establishment" is from the February 09, 2017 U.S. section of The New York Times. It was written by Jonathan Martin and Alan Blinder and narrated by Caroline Miller.