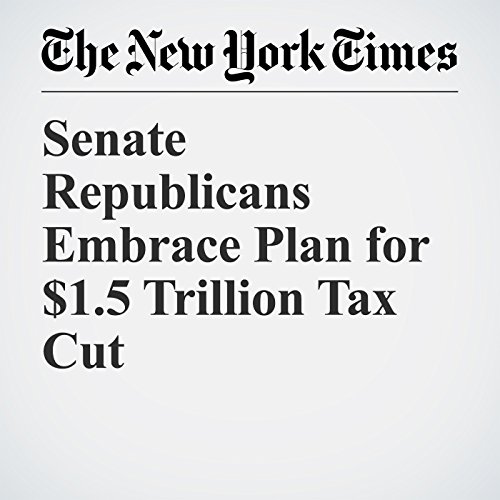 Senate Republicans, abandoning a key fiscal doctrine, agreed on Tuesday to move forward on a budget that would add to the federal deficit in order to pave the way for a $1.5 trillion tax cut over the next 10 years.

"Senate Republicans Embrace Plan for $1.5 Trillion Tax Cut" is from the September 19, 2017 U.S. section of The New York Times. It was written by Alan Rappeport and Thomas Kaplan and narrated by Keith Sellon-Wright.