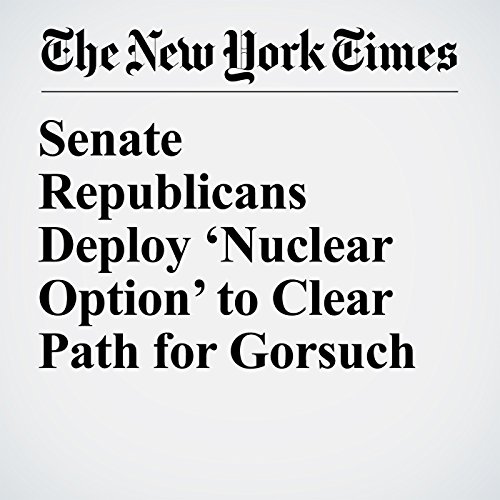 Senate Republicans changed long-standing rules on Thursday to clear the way for the confirmation of Judge Neil Gorsuch to serve on the Supreme Court, bypassing a precedent-breaking Democratic filibuster by allowing the nomination to go forward on a simple majority vote.

"Senate Republicans Deploy ‘Nuclear Option’ to Clear Path for Gorsuch" is from the April 06, 2017 U.S. section of The New York Times. It was written by Matt Flegenheimer and narrated by Keith Sellon-Wright.