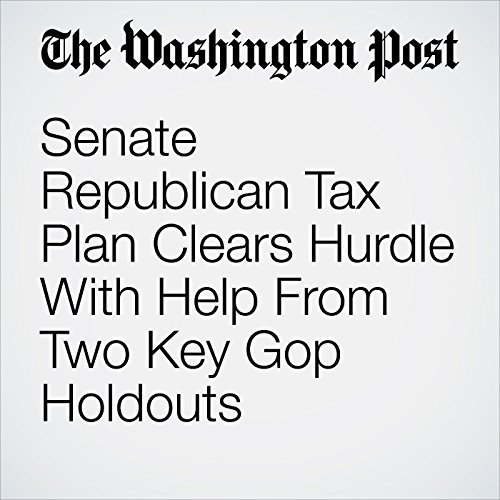 Republicans on the Senate Budget Committee unanimously voted to send the party’s tax package to the Senate floor, setting up a final vote as soon as this week. The measure moved forward when two GOP senators on the committee who had threatened opposition, Sens. Bob Corker (Tenn.) and Ron Johnson (Wis.), instead supported the legislation.

"Senate Republican Tax Plan Clears Hurdle With Help From Two Key Gop Holdouts" is from the November 28, 2017 Business section of The Washington Post. It was written by Mike DeBonis, Erica Werner and Damian Paletta and narrated by Sam Scholl.