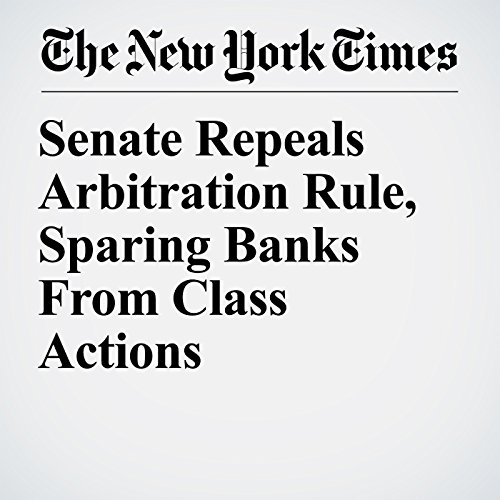 Senate Republicans voted Tuesday to strike down a sweeping new rule that would have allowed millions of Americans to band together in class-action lawsuits against financial institutions.

"Senate Repeals Arbitration Rule, Sparing Banks From Class Actions" is from the October 25, 2017 U.S. section of The New York Times. It was written by Jessica Silver Greenberg and narrated by Keith Sellon-Wright.