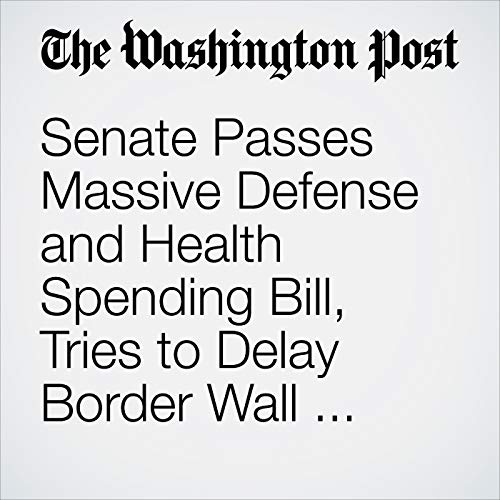 The Senate on Tuesday passed a short-term spending bill that would keep the government running through Dec. 7, aiming to avert a government stutdown and put off a fight over funding for President Trump’s border wall until after the midterm elections.

"Senate Passes Massive Defense and Health Spending Bill, Tries to Delay Border Wall Fight to After Midterms" is from the September 18, 2018 Business section of The Washington Post. It was written by Erica Werner and narrated by Sam Scholl.