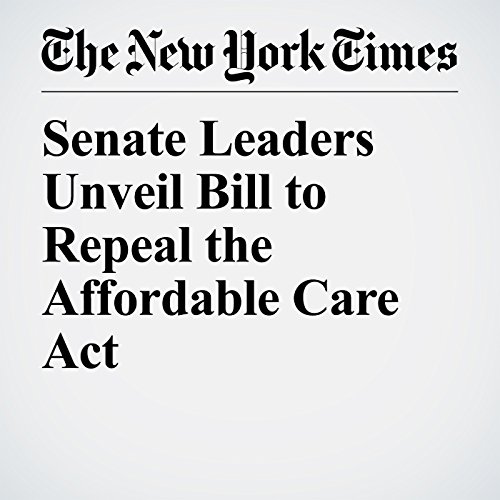 Senate Republicans, who have promised a repeal of the Affordable Care Act for seven years, took a major step on Thursday to achieve that goal as they unveiled a bill to end the health law’s mandate that nearly everyone have health care, remake and cut the Medicaid program and create a new system of federal tax credits to help people buy health insurance.

"Senate Leaders Unveil Bill to Repeal the Affordable Care Act" is from the June 22, 2017 U.S. section of The New York Times. It was written by Robert Pear and Thomas Kaplan and narrated by Kristi Burns.