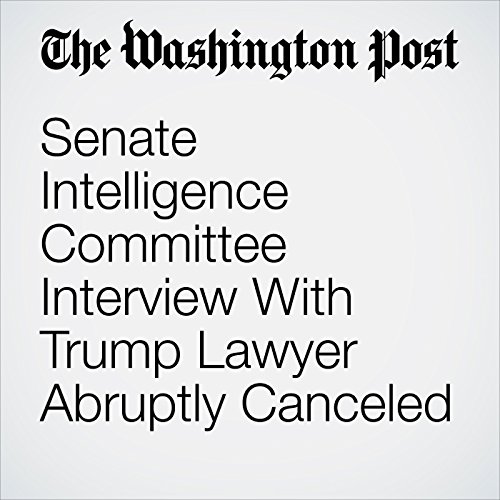 The Senate Intelligence Committee has unexpectedly canceled a Tuesday session to interview Michael Cohen, a former lawyer for President Trump’s business and a close associate of the president.

"Senate Intelligence Committee Interview With Trump Lawyer Abruptly Canceled" is from the September 19, 2017 Politics section of The Washington Post. It was written by Rosalind S. Helderman and Karoun Demirjian and narrated by Sam Scholl.