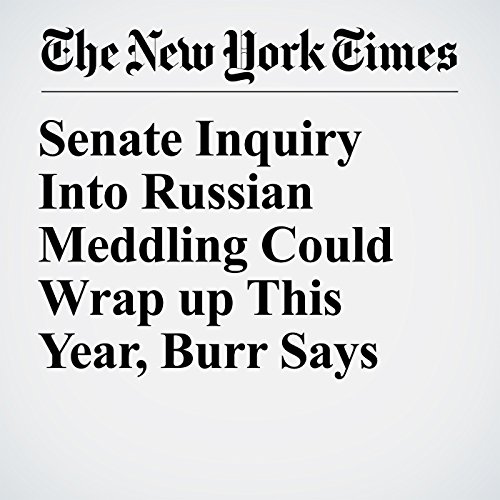 Sen. Richard Burr, the initially reluctant but now determined leader of the Senate Intelligence Committee inquiry into Russian interference in the 2016 election, said the investigation had expanded beyond its original scope based on new evidence, but he hoped to complete it this year to allow Congress to take steps to prevent future efforts at tampering by Moscow.

"Senate Inquiry Into Russian Meddling Could Wrap up This Year, Burr Says" is from the August 12, 2017 Politics section of The New York Times. It was written by Carl Hulse and narrated by Keith Sellon-Wright.