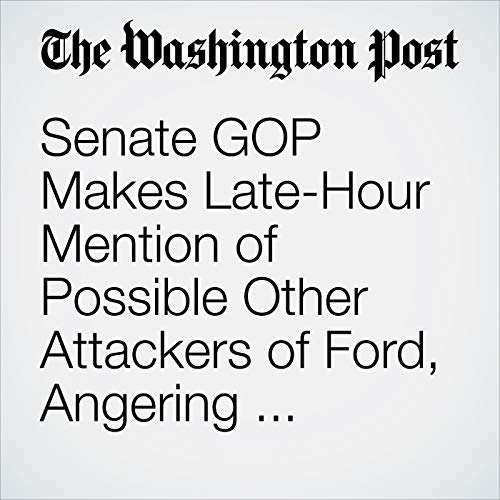 On the eve of a high-stakes hearing for Judge Brett M. Kavanaugh, Republicans on the Senate Judiciary Committee disclosed late Wednesday that they had questioned two men who say they, not Kavanaugh, had the encounter with Christine Blasey Ford that led to her sexual assault allegations, but offered no evidence to back up either claim.

"Senate GOP Makes Late-Hour Mention of Possible Other Attackers of Ford, Angering Democrats" is from the September 27, 2018 Politics section of The Washington Post. It was written by John Wagner and Seung Min Kim and narrated by Sam Scholl.