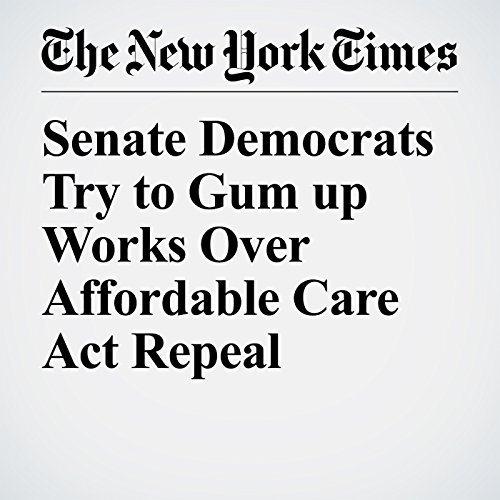 Democrats vowed on Monday to slow work in the Senate to a crawl to protest the secrecy surrounding the Republican effort to repeal and replace the Affordable Care Act, as Republican leaders raced to prepare a bill for a vote as soon as next week.

"Senate Democrats Try to Gum up Works Over Affordable Care Act Repeal" is from the June 19, 2017 U.S. section of The New York Times. It was written by Thomas Kaplan and Robert Pear and narrated by Kristi Burns.