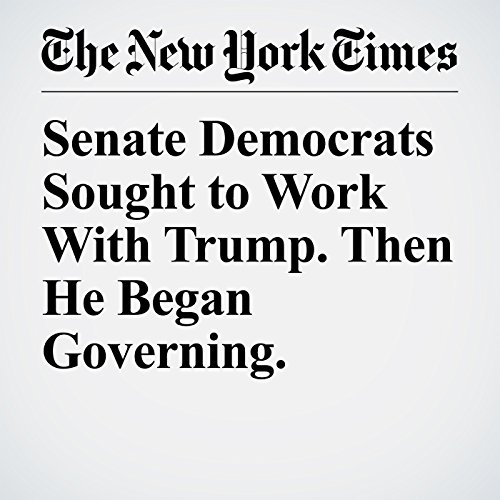 Shortly after President Donald Trump won the White House, a cluster of Senate Democrats began the search for common cause with the unlikely new president, scouring the populist policy agenda that dominated his campaign.

"Senate Democrats Sought to Work With Trump. Then He Began Governing." is from the June 28, 2017 U.S. section of The New York Times. It was written by Jennifer Steinhauer and narrated by Kristi Burns.