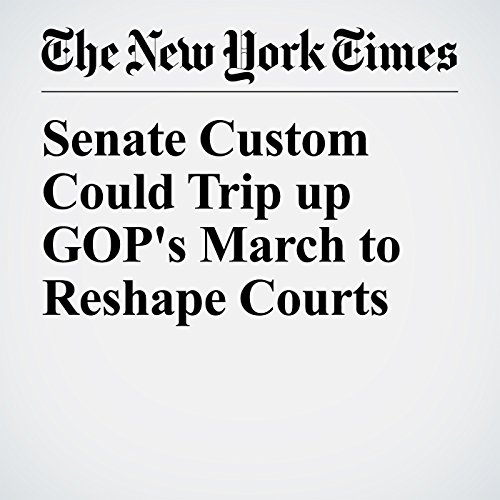 When the White House found itself caught up in difficult spending and health care fights last week, Mick Mulvaney, President Donald Trump’s budget director, deemed it necessary to assure the public that administration officials are competent and “know what we’re doing.”

"Senate Custom Could Trip up GOP's March to Reshape Courts" is from the May 09, 2017 U.S. section of The New York Times. It was written by Carl Hulse and narrated by Keith Sellon-Wright.