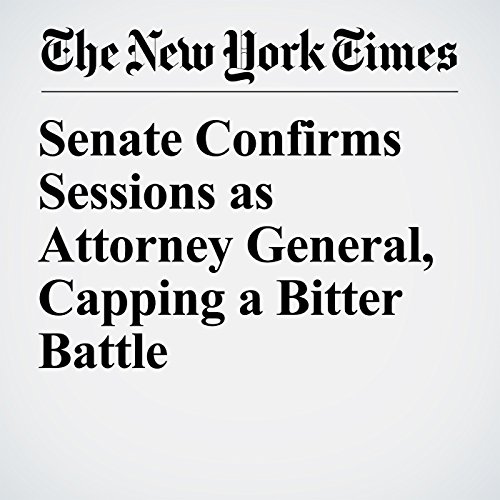 Since Trump announced his choice for attorney general, Sessions’ history with issues of race had assumed center stage. A committee hearing on his nomination included searing indictments from black Democratic lawmakers like Rep. John Lewis of Georgia, the civil rights icon, and Sen. Cory Booker of New Jersey, who broke with Senate tradition to testify against a peer.

"Senate Confirms Sessions as Attorney General, Capping a Bitter Battle" is from the February 08, 2017 U.S. section of The New York Times. It was written by Eric Lichtblau and Matt Flegenheimer and narrated by Caroline Miller.