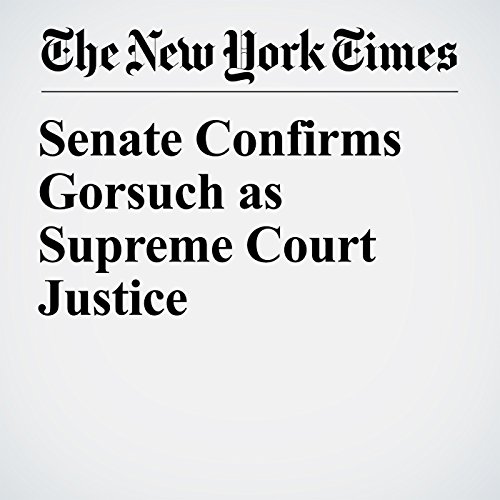 Judge Neil Gorsuch was confirmed by the Senate on Friday to become the 113th justice of the Supreme Court, capping a political brawl that lasted for more than a year and tested constitutional norms inside the Capitol’s fraying upper chamber.

"Senate Confirms Gorsuch as Supreme Court Justice" is from the April 07, 2017 U.S. section of The New York Times. It was written by Adam Liptak and Matt Flegenheimer and narrated by Mike DelGaudio.