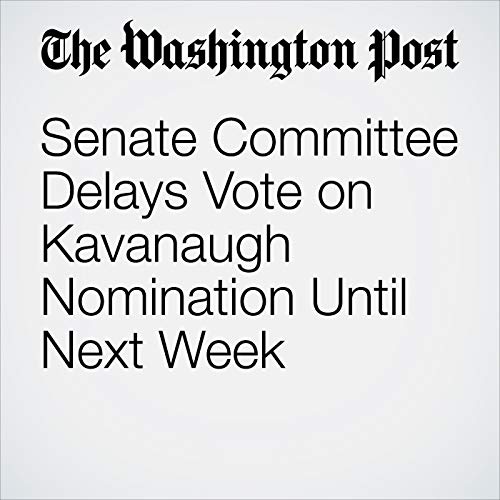 The Senate Judiciary Committee delayed its vote on Supreme Court nominee Brett M. Kavanaugh until next week, as the deeply bitter fight over his confirmation intensified and a handful of moderate senators continued to deliberate privately over whether to support him.

"Senate Committee Delays Vote on Kavanaugh Nomination Until Next Week" is from the September 13, 2018 Politics section of The Washington Post. It was written by Seung Min Kim and narrated by Sam Scholl.