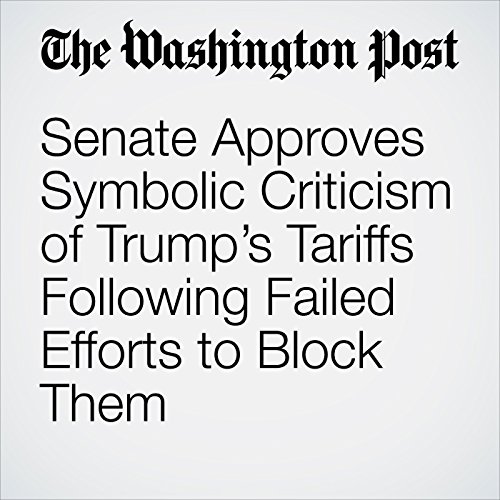 "Senate Approves Symbolic Criticism of Trump’s Tariffs Following Failed Efforts to Block Them" is from the July 11, 2018 Business section of The Washington Post. It was written by Erica Werner and narrated by Sam Scholl.