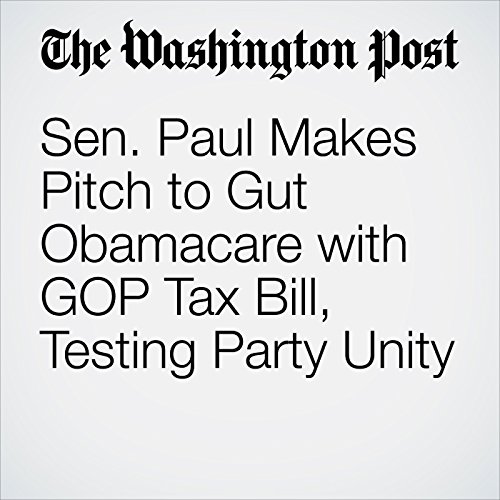 Sen. Rand Paul (R-Ky.) on Tuesday said he planned to offer an amendment to the fast-moving tax cut that would repeal a key provision in the Affordable Care Act, posing a major test for Republicans as they try to secure a major legislative victory.

"Sen. Paul Makes Pitch to Gut Obamacare with GOP Tax Bill, Testing Party Unity" is from the November 14, 2017 Business section of The Washington Post. It was written by Damian Paletta and Mike DeBonis and narrated by Sam Scholl.