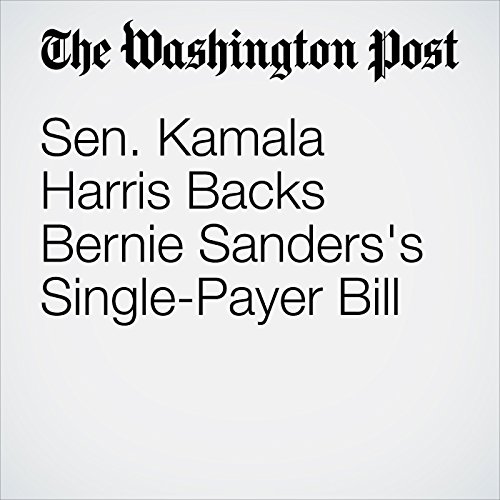 Sen. Kamala Harris (D-Calif.), a star of the Democrats’ 2016 class who’s seen as a potential presidential candidate in 2020, told an audience in Oakland Wednesday that she would co-sponsor the “Medicare for All” bill that Sen. Bernie Sanders (I-Vt.) is introducing in September.

"Sen. Kamala Harris Backs Bernie Sanders's Single-Payer Bill" is from the August 31, 2017 PowerPost section of The Washington Post. It was written by David Weigel and narrated by Sam Scholl.