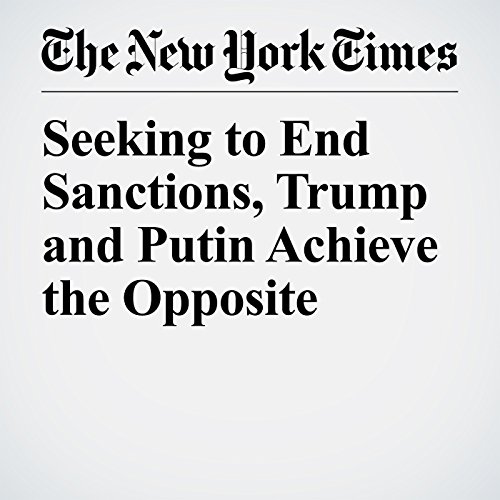 Throughout 2016, both Donald Trump and President Vladimir Putin complained that U.S.-led sanctions against Russia were the biggest irritant in the plummeting relations between the two superpowers. And the current investigations, which have cast a shadow over Trump’s first six months in office, have focused on whether a series of contacts between Trump’s inner circle and Russians were partly about constructing deals to get those penalties lifted.

"Seeking to End Sanctions, Trump and Putin Achieve the Opposite" is from the July 23, 2017 World section of The New York Times. It was written by David E. Sanger and narrated by Keith Sellon-Wright.