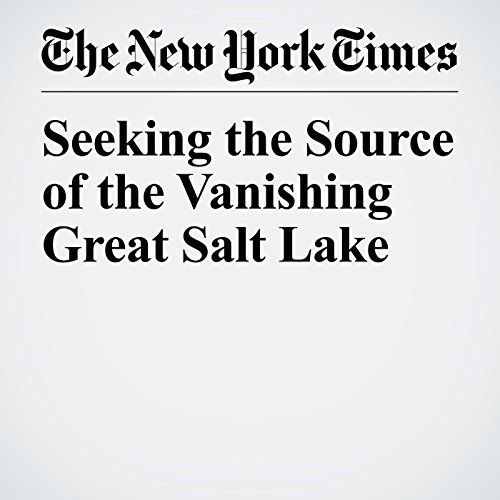 The Great Salt Lake in Utah is roughly the same area as 75 Manhattans. It feeds and houses millions of birds of hundreds of species and provides the namesake of Utah’s capital city, and some credit it for the state’s trademarked claim to “the greatest snow on earth.” And it’s vanishing.

"Seeking the Source of the Vanishing Great Salt Lake" is from the November 28, 2017 Science section of The New York Times. It was written by Joanna Klein and narrated by Kristi Burns.