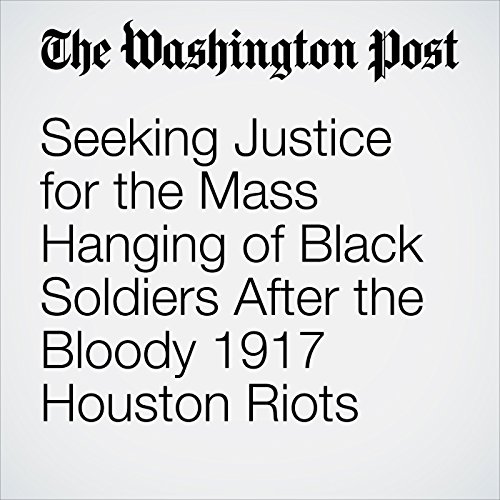 It had been four months since a rampage in Houston left 15 whites and four blacks dead — one of the only riots in U.S. history in which more white people were killed than black people. The soldiers had been convicted of murder and mutiny during the largest murder trial the country had ever seen — a court-martial in which 63 black soldiers were defended by a single counsel, a man who was not a trained attorney.

"Seeking Justice for the Mass Hanging of Black Soldiers After the Bloody 1917 Houston Riots" is from the August 24, 2017 Retropolis section of The Washington Post. It was written by DeNeen L. Brown and narrated by Sam Scholl.