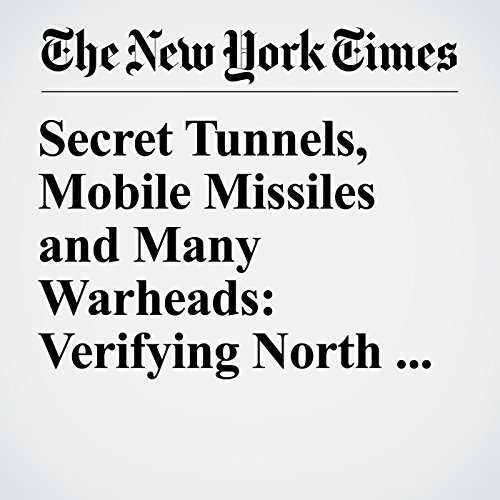 Nearly 18 years ago, one of North Korea’s most senior military officers stepped into the Oval Office and handed President Bill Clinton a letter from the isolated nation’s leader, inviting him to Pyongyang.

"Secret Tunnels, Mobile Missiles and Many Warheads: Verifying North Korean Disarmament Poses Challenges" is from the March 09, 2018 U.S. section of The New York Times. It was written by David E. Sanger and narrated by Mike DelGaudio.