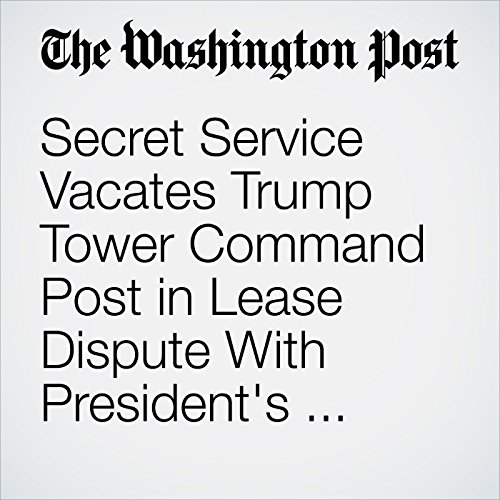 The Secret Service has vacated its command post inside Trump Tower in Manhattan following a dispute between the government and President Trump’s company over the terms of a lease for the space, according to two people familiar with the discussions.

"Secret Service Vacates Trump Tower Command Post in Lease Dispute With President's Company" is from the August 03, 2017 Politics section of The Washington Post. It was written by  Carol D. Leonnig, David A. Fahrenthold and Jonathan O'Connell and narrated by Jenny Hoops.