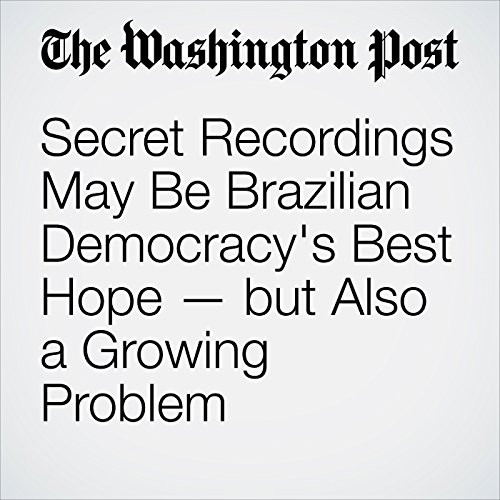 Late one night in March, Brazilian President Michel Temer met one of his country’s most powerful businessmen, Joesley Batista, owner of the world’s largest meat-processing company. What Temer didn’t know was that Batista was wearing a recording device.

"Secret Recordings May Be Brazilian Democracy's Best Hope — but Also a Growing Problem" is from the May 26, 2017 World section of The Washington Post. It was written by Shannon Sims and narrated by Jill Melancon.