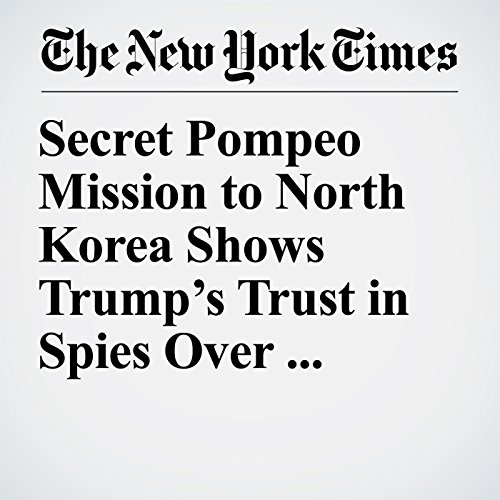 PALM BEACH, Fla. — President Donald Trump’s decision to send his CIA director, Mike Pompeo, on a secret trip to North Korea to meet its leader, Kim Jong In, reflects the president’s trust in Pompeo as well as the central role that spies, rather than diplomats, played in brokering what could be the historic opening between Trump and Kim.

"Secret Pompeo Mission to North Korea Shows Trump’s Trust in Spies Over Diplomats" is from the April 18, 2018 U.S. section of The New York Times. It was written by Mark Landler and narrated by Keith Sellon-Wright.