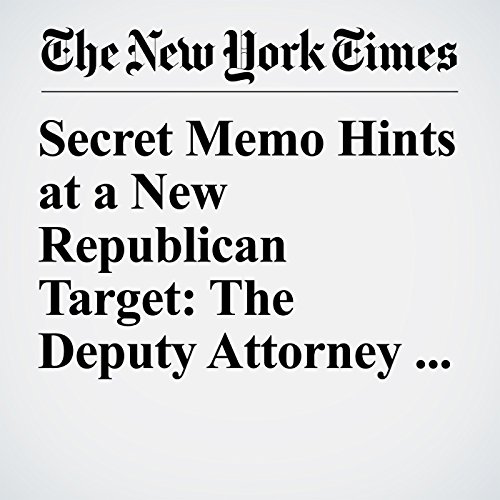 "Secret Memo Hints at a New Republican Target: The Deputy Attorney General" is from the January 28, 2018 U.S. section of The New York Times. It was written by Nicholas Fandos, Adam Goldman and Sharon Lafraniere and narrated by Keith Sellon-Wright.