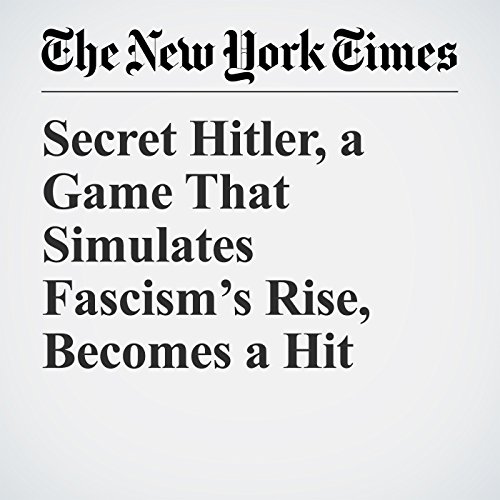 I was house-sitting for my brother this summer when I saw something suspicious: a box in his living room emblazoned with the words “Secret Hitler.”

"Secret Hitler, a Game That Simulates Fascism’s Rise, Becomes a Hit" is from the September 05, 2017 Business section of The New York Times. It was written by Jonah Engel Bromwich and narrated by Keith Sellon-Wright.