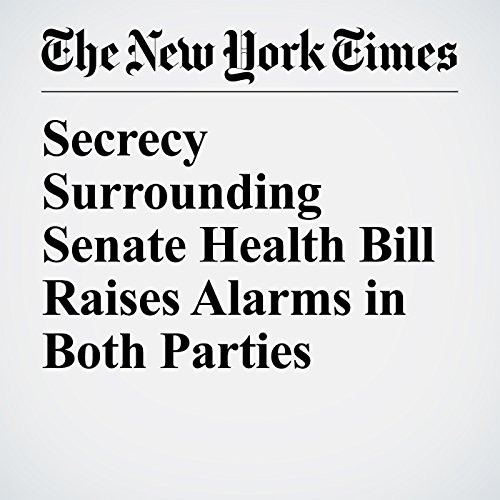 As they draft legislation to repeal the Affordable Care Act, Senate Republican leaders are aiming to transform large sections of the U.S. health care system without a single hearing on their bill and without a formal, open drafting session.

"Secrecy Surrounding Senate Health Bill Raises Alarms in Both Parties" is from the June 15, 2017 U.S. section of The New York Times. It was written by Thomas Kaplan and Robert Pear and narrated by Barbara Benjamin-Creel.