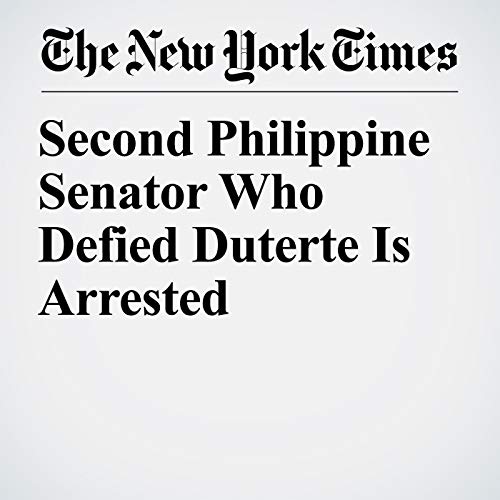 MANILA, Philippines — A Philippine senator who defied President Rodrigo Duterte was arrested Tuesday, ending a dramatic, weekslong standoff with authorities after the president revoked an amnesty the senator had received over his role in two military rebellions.

"Second Philippine Senator Who Defied Duterte Is Arrested" is from the September 25, 2018 World section of The New York Times. It was written by Felipe Villamor and narrated by Keith Sellon-Wright.