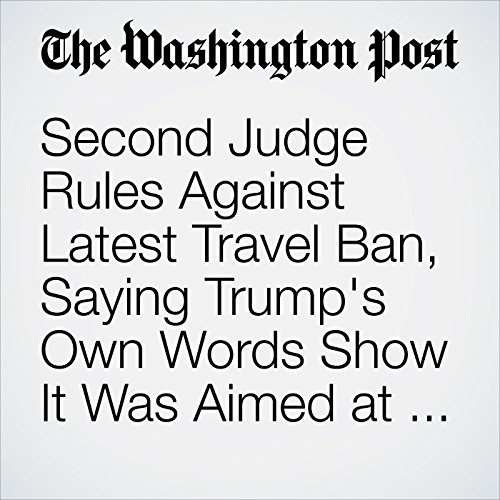 A federal judge in Maryland early Wednesday issued a second halt on the latest version of President Trump’s travel ban, asserting that the president’s own comments on the campaign trail and on Twitter convinced him that the directive was akin to an unconstitutional Muslim ban.

"Second Judge Rules Against Latest Travel Ban, Saying Trump's Own Words Show It Was Aimed at Muslims" is from the October 18, 2017 U.S. section of The Washington Post. It was written by Matt Zopotosky and narrated by Sam Scholl.