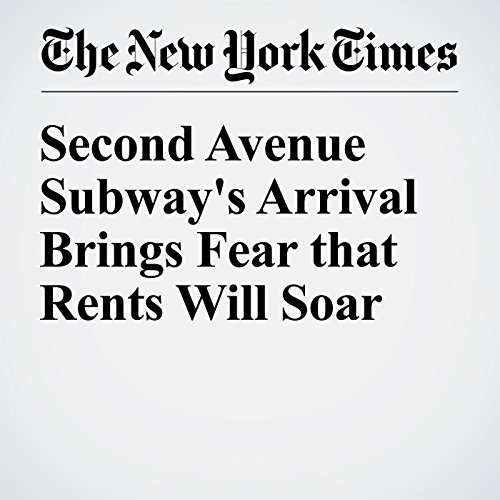 Few cities in the world are as closely linked to their subways as New York City — the vast network helped shape the city and now carries nearly 6 million people a day. So when the most ambitious expansion of the subway system in half a century opens Sunday, it will be a transformative moment, promising to alter the future of a large slice of Manhattan.

"Second Avenue Subway's Arrival Brings Fear that Rents Will Soar" is from the December 30, 2016 US section of The New York Times. It was written by Emma G. Fitzsimmons and narrated by Mike DelGaudio.