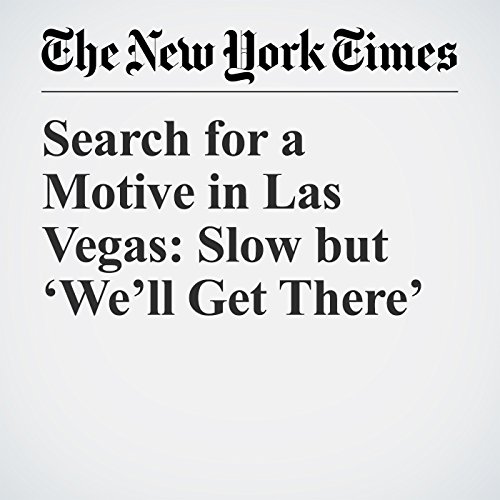 The man who killed 49 people at an Orlando, Florida, nightclub last year pledged allegiance to the Islamic State, in a 911 call, as the massacre unfolded. The sniper who shot to death five police officers in Dallas told the police that his goal was to attack white people. The man who attacked a black church in Charleston, South Carolina, posted a racist manifesto online.

"Search for a Motive in Las Vegas: Slow but ‘We’ll Get There’" is from the October 06, 2017 U.S. section of The New York Times. It was written by Jennifer Medina, Alexander Burns and Adam Goldman and narrated by Mike DelGaudio.

Cosa pensano gli ascoltatori di Search for a Motive in Las Vegas: Slow but ‘We’ll Get There’