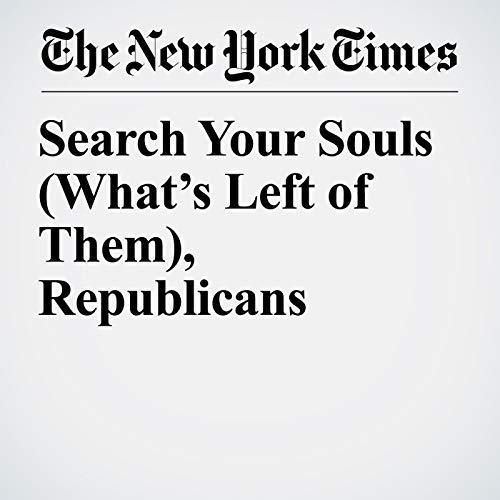 How many people from Donald Trump’s campaign and inner circle have to confess to crimes or be convicted of them before it is clear to everyone — Republicans especially — that the campaign was guided by criminals, if not was a criminal enterprise itself?

"Search Your Souls (What’s Left of Them), Republicans" is from the August 23, 2018 Opinion section of The New York Times. It was written by Charles M. Blow and narrated by Keith Sellon-Wright.