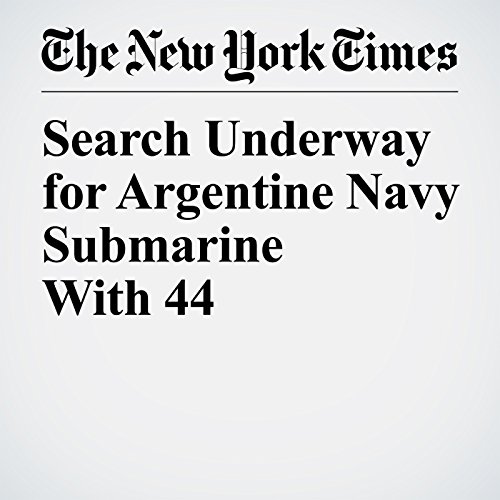 Military ships and aircraft searched off the coast of Argentina on Friday for an Argentine navy submarine missing for two days, officials said. The vessel, which was patrolling off Patagonia with 44 crew members, last made radio contact Wednesday, Capt. Enrique Balbi, a spokesman for the Argentine navy, said in a television interview.

"Search Underway for Argentine Navy Submarine With 44" is from the November 17, 2017 World section of The New York Times. It was written by Daniel Politi and Ernesto Londoño and narrated by Barbara Benjamin-Creel.