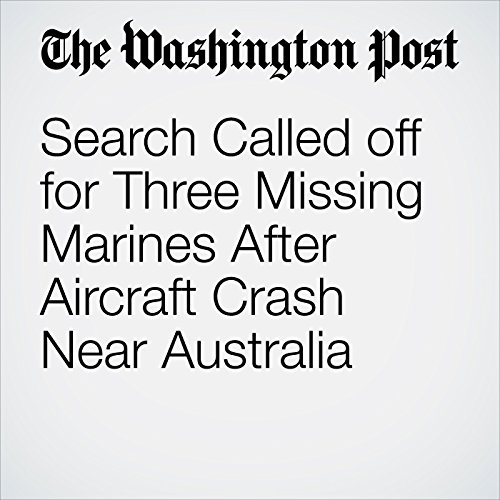 he Marine Corps announced in a news release Saturday night that it was suspending a search for three Marines who were missing after an MV-22 Osprey went down off the east coast of Australia.

" Search Called off for Three Missing Marines After Aircraft Crash Near Australia" is from the August 05, 2017 Checkpoint section of The Washington Post. It was written by Thomas Gibbons-Neff and narrated by Sam Scholl.